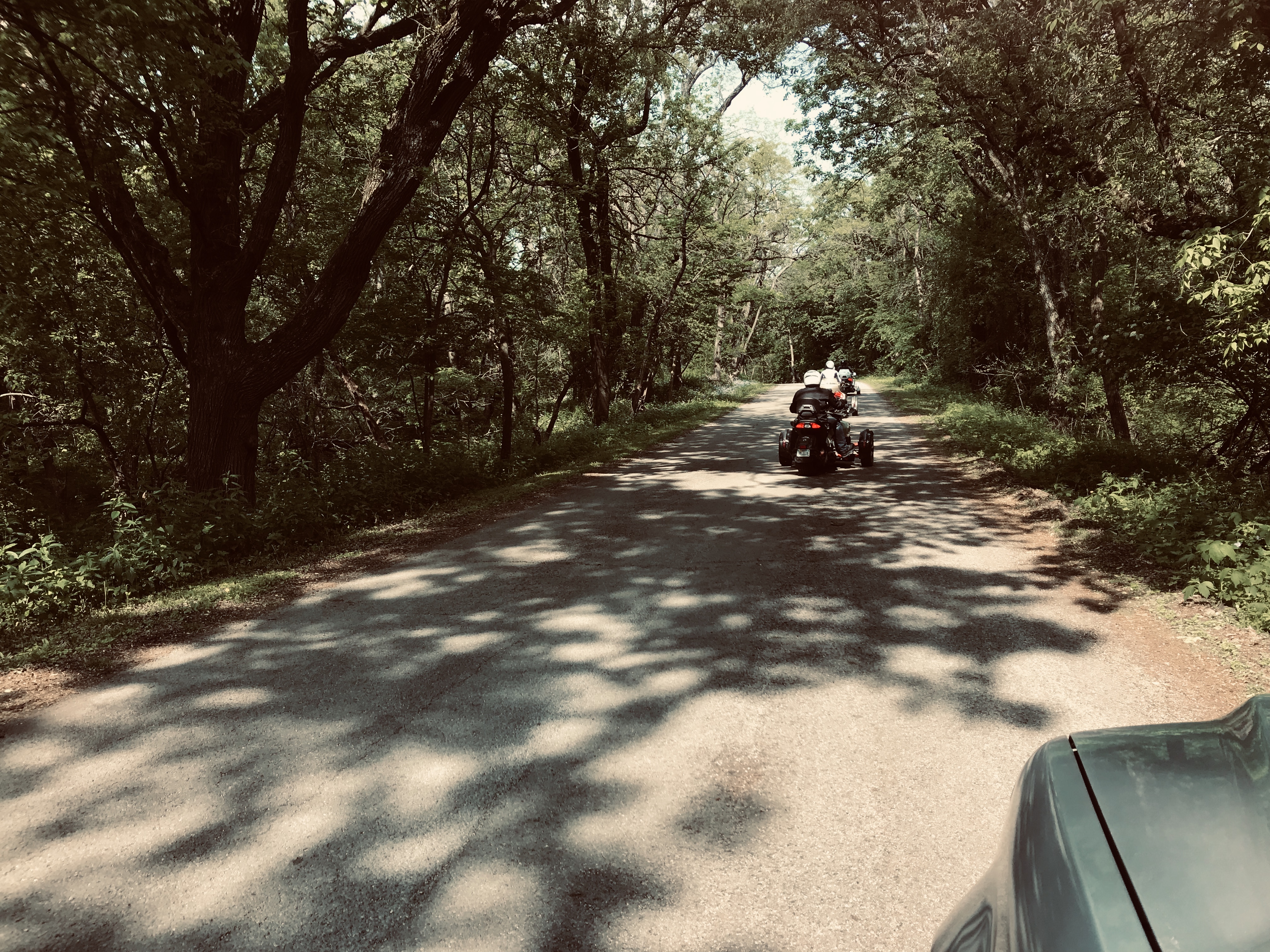 Especially on sunny weekend mornings, I get the urge to explore. Often, even as the engine of my SUV begins to whir, I have no destination in mind. So was my method early on a recent Saturday morning. Often, I have a direction in mind. The desire for adventure, dissuades me from following recent routes. My sister also enjoys these outings, so off we went. Southeast within 100 miles or so, were the two parameters. Signs lured us to Forest City, Iowa.

We stopped for a snack and decided to find a park and have a picnic. Because we both need to be near water, again, I turned to the maps app and found Pilot Knob Park just a few miles south.

When we reached the entrance, we had many more choices about where we would like to go. The road to the right announced an observatory. We became so immersed in our adventure that we forgot about a picnic. We pulled into the parking area. The sign announced that we were soon to see the 2nd highest point in Iowa. We hiked the short distance, perhaps an eighth of a mile to the observatory. Though we chose not to climb the steep staircase, the view was spectacular! Along the path, were bushes and plants with colorful blooms! And there were gooseberries! I haven’t seen them in years but seeing them brought back memories from my youth.

We headed back down the path to our vehicle and turned left, heading deeper into the park where signs notify of an amphitheater.

A short trek down terraced, log steps is in fact room to seat 1,000 on wooden benches. The area, nicely flat and open, leads one to imagine it teaming with activity as the backdrop for weddings, plays or family reunions.

Further into the park the road widens to reveal one of several spacious campground with all the amenities roadies appreciate. Site pull-throughs offer grills, and electric hookups. Children will enjoy a playground. We loved the outdoor movie screen and seating!

Back down toward the main entrance, we were transfixed by nature’s sites, sounds and smells. Golden rays signaled early evening, spotlighting brilliant purple blooms and light aroma of Wild Blue Phlox. Birds joined in song.

The National Historic Registry recognizes several areas and structures including the amphitheater, observation tower, bridges and shelters. Pilot Knob beginnings epitomize the grit and innovative spirit of Iowa’s people. In 1924, a group pooled resources to purchase the land for $7,000. That same year, the park was dedicated.

Visit Iowa State Park site. If you plan to stay, you will want to make reservations. Arrangements for shelters and electricity can be made well in advance and must be made several days before arrival. Season is June through September.

Plan to pick up supplies and groceries in Forest City.